In October of 2011, after years of excuses, I finally attended the Mid Atlantic Small Craft Festival in St. Michaels, Maryland.

The weather was cold, wet and windy but it was a great time!  I launched at the town dock a mile from the museum docks, left my car parked there and sailed to the event (double reefed).  When I got to the docs, there were only a few dock spots dead downwind with no room to maneuver.  Since I was single handing, I was a bit hesitant to try it, but I used a trick that is only possible with a sharpie sprit rig.  As I approached the dock, I let the mainsail flag forward so that all of the wind spilled and simply drifted to the dock.  Even in a 15 mph breeze, it worked great.  Thankfully a few helpful onlookers caught the bow as I drifted in. 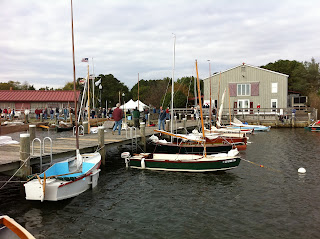 Here are a few of my favorites 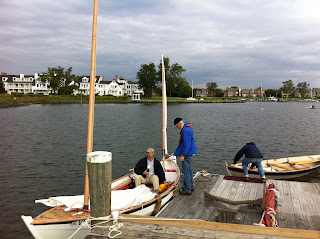 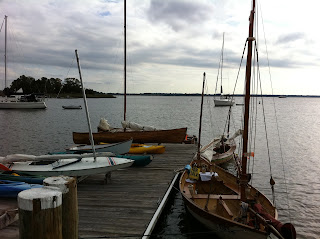 Below is an Ohio Pound Boat sharpie designed by Ruel Parker. 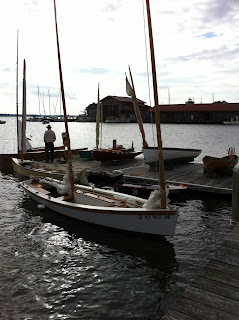 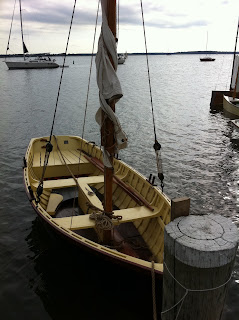 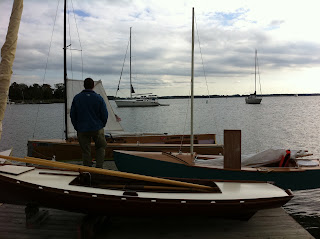 Below is a Normsboat, designed by Jim Michalak and built for Norm Wolfe (standing).  This boat is the big sister to my Michalak AF3.  I was very excited to be able to take a look. And here I am getting a tour from Norm. 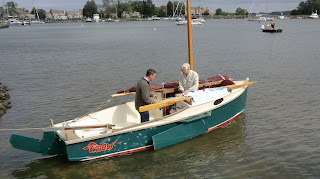 At this point the wind was about 15 to 20 mph but it later freshened to 20 to 25.  (Sailing pictures courtesy of my friend Jack M.) 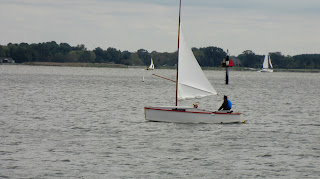 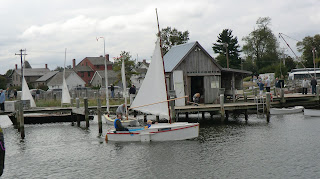 I had planned to take part in the regatta, but I got the race time wrong and missed the start.  Here is a little bump near the finish line. 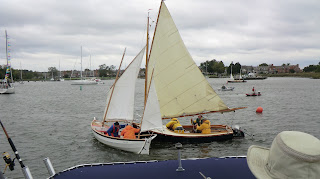